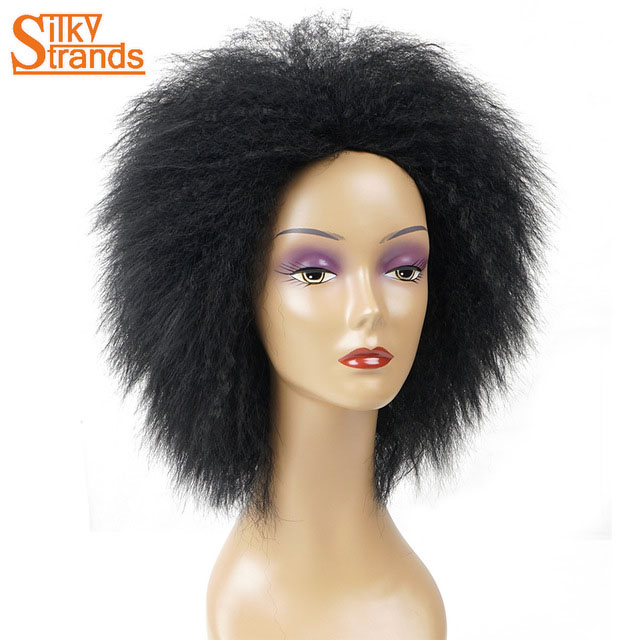 The worsening economic situation in the country has forced Gweru women to resort to wigs instead of having their hair plaited in weaves and braids thus plunging the hairdressing industry into decline.
With cash shortages increasingly becoming the norm at local banks, most women have taken wigs as an alternative to beautify themselves.
Hairdressers operating the city bemoaned the economic situation which is influencing new hair trends among women, forcing their revenues to fall.
Debra Sikale, a hairdresser at Elite Beauty Parlour Salon said women have resorted to wigs since some of them do not favour their hair being plaited in weaves and braids due to various reasons.
“The economic situation in the country has forced most to migrate from hair saloons to wigs. If you walk out of the hair saloon today, you will see most people selling wigs on the street at a very cheap price, thus making us irrelevant in these turbulent times,” she said.
Sikale cited cultural reasons as another chief factor driving new hair trends in the industry.
“Women and girls have resorted to wigs as a way of beautifying themselves since some of them belong to religious sects which forbids hair plaiting such as the apostolic sects and even some do not favour hair plaiting at all, so they just buy a wig to wear at a certain time and thereafter remove it,” she said.
Sikale said wigs have affected their hairdressing industry as they do not wear out easily as compared to weaves and braid plaits.
“As hairdressers, we are having challenges in that wigs have taken over our plaiting business in that when we plait weaves as well as braids we used to make profits since women and girls would come to have their hair done on a monthly basis and we would attain $50 per day but now it is difficult since we could only acquire $20 or less per day,” she said.
She added paying rent and acquiring furniture for where they conduct their businesses has been difficult since they could spend a week with only two to three people who would have come to have their hair done.
However, Zimbabwe Statistics Agency reported that, women blew $13 million on fake hair and hair care products which include hair extensions such as braids, complete synthetic wigs, hair pieces, human and animal hair from January 2017 to July this year.
Zimstats further highlighted that, synthetic wigs are increasingly gaining more popularity than any other hair pieces since wigs have gobbled a whopping $4,4 million.
Zimstats indicated that, low disposable incomes have grossly reduced the country’s imported artificial hair and hair care products from several other countries including the United Kingdom, Italy, India, Hong Kong, Thailand, United Arab Emirates, Israel, Egypt and Brazil.