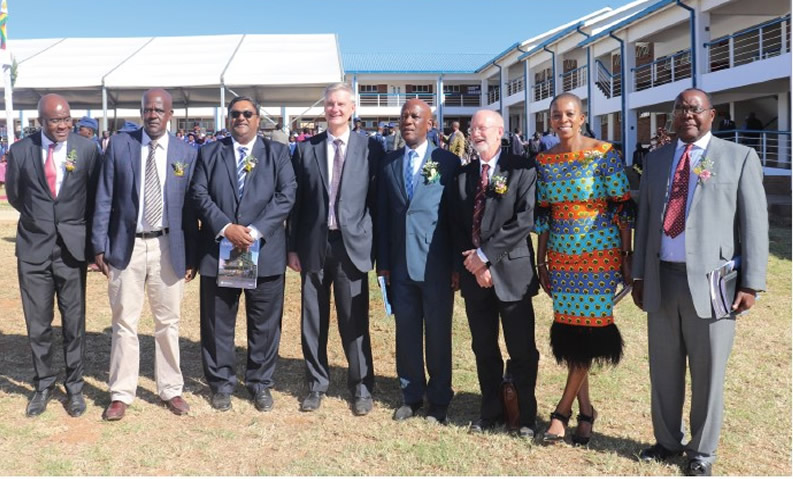 Unki Mines which is part of the Anglo-American group will undergo an independent audit to see if it meets the “Standard for Responsible Mining”.

The Initiative for Responsible Mining Assurance (IRMA) is a globally focused non-profit organisation with a mission to protect people and the environment directly affected by mining. They do this by creating financial value for mines independently verified to achieve best practices and share this value and greater confidence with the businesses that purchase material from these mines.

Mr Mark Cutifani, Anglo American Chief Executive said: “We have a longstanding commitment as a leader in responsible mining, with numerous examples of our progressive business decisions across many decades. We are pleased that Unki will be the first mine in the world to publicly commit to a third party audit to determine its performance against IRMA’s Standard for Responsible Mining. As per our customers and end consumers who rely on our metals and minerals rightly expect the highest standards of ethical production. We will be putting all our managed mines through such rigorous certification processes by 2025.”

An initial self-assessment was completed by Unki ahead of the independent on-site audit and the operation performed well against the 26 areas covered by the Standard for Responsible Mining, including working conditions, human rights, community and stakeholder engagement, environmental impact and planning and financing reclamation and closure.

Walter Nemasasi, general manager of Unki Mines said, “The IRMA self-assessment tool provided us with a valuable opportunity to measure our performance against international best practice on a wide range of environmental and societal factors. We are immensely proud of the work the team has been doing at Unki on responsible and sustainable mining and we look forward to continue leading the way for other mining operations around the world.”

IRMA’s Standard for Responsible Mining has been developed over ten years through a public consultation process with more than 100 different individuals and organisations including mining companies, customers and the ultimate downstream users of mined products, NGOs, labour unions, and communities.

Aimee Boulanger, Executive Director of IRMA commented, “While IRMA is a voluntary certification system meant to complement strong laws and government oversight, it is also the world’s first and only global definition of what constitutes leading practices in social and environmental responsibility for large- scale mining operations developed through consultation with a range of stakeholders. It is the product of ten years of collaboration between our stakeholders that seeks to emulate for mining what has been done with certification programmes in fair-trade agriculture, responsible forestry and sustainable fisheries, as examples.

“We are extremely pleased to see Anglo American’s Unki mine take the lead and begin the third-party certification process. We hope that this paves the way for others across the industry to make a similar commitment.” he said.

Unki is the first of many Anglo American operations to be measured against the IRMA standard, in line with the commitment in our Sustainable Mining Plan to have all of our operations assessed against credible responsible mining standards by 2025.

Other Anglo American operations currently completing the IRMA self-assessment stage include the Barro Alto nickel operation in Brazil and the Amandelbult PGM operation in South Africa.

Unki mines was also recently presented with the Anglo American Applaud Award in the operation Excellence category, becoming the best across the group’s mining companies in the world.

The top honours which were presented to the mine are an internal recognition programme which celebrates the best of the best in Anglo American globally.

The award means the mine is the best from an operational excellence perspective across Anglo American’s global mining companies.