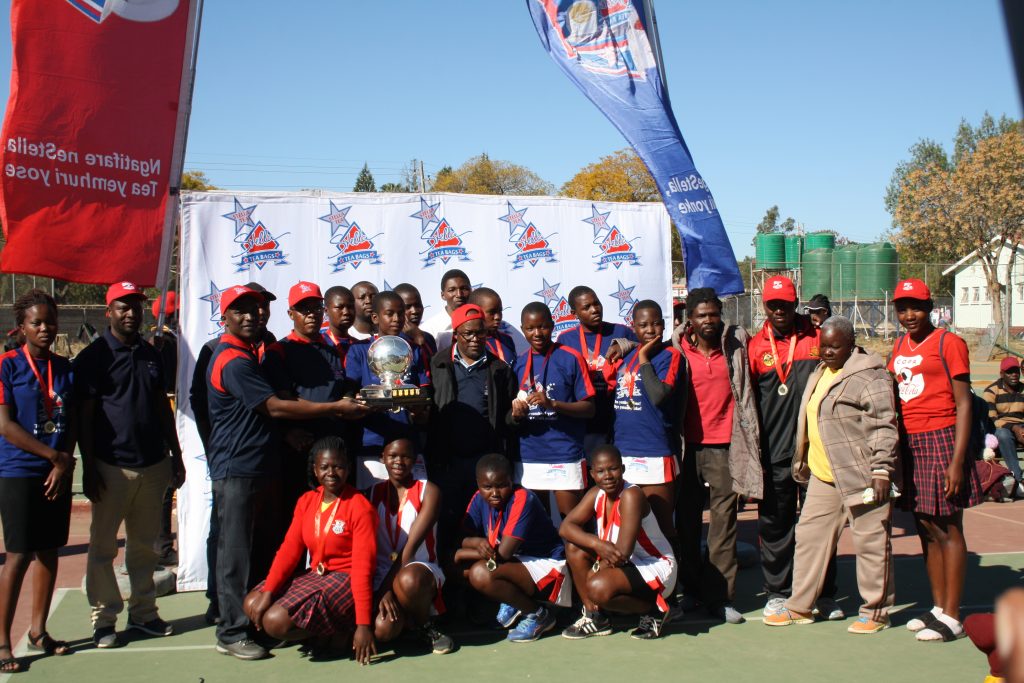 The games which were played over a period of two days, saw Pamushana
beating Chibi 36-24 at the finals which saw winners walking away with
$25000 while the runners up pocketed $18250.

Speaking at the tournament, Tanganda Tea’s Marketing Director, Mr
Kurirai Chigerwe said his company has over the years spent more than
$6 Million in hosting and supporting netball at high school level and
was happy that the quality of the game has improved to international
standards.

“As a company we are excited that our sponsorship has managed to
produce players who are now playing for the GEMS national team and we
are also looking forward to extend our support to the Confederation of
School Sport Associations of South Africa (COSSASA),” said Mr
Chigerwe.

National Association of Secondary Heads (Nash) president Arthur
Maphosa applauded the competing teams and urged the teams to continue
striving and form their own school leagues to improve the competition.
“Let’s go out as Nash and form the schools league so that our players
stay in shape and ready for bigger games,” he said.

12 teams participated at the tournament which included Thornhill,
Plumtree, Mabhikwa, Parerehwa St Peters Kubatana, Mhangura, Mvurwi,
Mpopoma, Chibi, Pamushana and Mnene high school.
Player of the tournament award was given to Nicole Muzelamo from
Mpopoma high who walked away with $1500.

Trace Munyuki from Chibi high was given the best midfielder award
while Celina Kurivema from Pamushana high school was the best shooter.