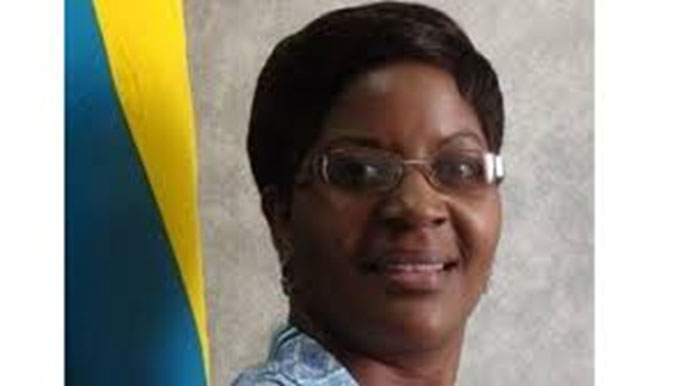 The establishment of the Midlands State University (MSU) medical school at Gweru Provincial Hospital (GPH) has resulted in an increase in clinical specialists who are now saving patients from Midlands and Masvingo who used to be referred for specialist treatment to Harare or Bulawayo.
In an interview MSU director public relations, Mrs Mirirai Mawere (Pictured) said the MSU Faculty of Medicine is using GPH as its teaching hospital for the clinical years which start in the third year.
She said the inaugural group of students is now in the 4th year of the 5-year MBChB programme which was inaugurated in 2015.

“In addition to using GPH as a teaching hospital, the University has a vision to one day construct a teaching hospital of its own. But for now, the facilities and support from GPH are very adequate and GPH has been approved by the Medical and Dental Practitioners Council of Zimbabwe to be the teaching hospital. In effect, many people in the Midlands Province and nearby provinces like Masvingo no longer have to be referred to Harare or Bulawayo for specialist care. The University is also now making its modest contribution towards the training of medical doctors in Zimbabwe.”
Mrs Mawere said in addition to medical students, GPH has also been training junior doctors called Junior Resident Medical Officers (JRMOs) in Medicine and Surgery.

“Because of the presence of additional medical specialists, the Medical Council has just authorised GPH Provincial Hospital to host training for senior doctors called Senior Resident Medical Officers (SRMOs) in Obstetrics and Gynaecology, Paediatrics and Anaesthesia,” she said.
Mrs Mawere said prior to its inauguration state of the laboratories for Anatomy, Biochemistry, Physiology and Histology were constructed to the satisfaction of the University of Zimbabwe College of Health Sciences (UZCHS) and the Medical and Dental Practitioners Council of Zimbabwe.

She said the first intake of 20 students was taken in February 2016.
Mrs Mawere said the students use the curriculum of the Bachelor of Medicine and Bachelor of Surgery (MB, ChB) and the first cohorts will be offered UZ degrees when they complete their training.

“We have a dedicated modern Medical Library that can seat 68 students and which has hard copies and electronic copies of medical textbooks and journals. Excellent facility for eLearning and the students can also access the Medical Library electronically even when they are off campus,” said Mrs Mawere.

GPH medical superintendent Dr Fabian Mashingaidze said the coming in of the MSU Medical School has seen the rise in specialists doctors at the hospital.
“We now have more specialist doctors meaning our patients have more medical doctors attending to them meaning they no longer need to travel to Harare or Bulawayo for specialists. The school is contributing in the training of doctors which is a plus for the country,” he said.

Dr Mashingaidze said the Government has availed $1million part of the $5million aimed at upgrading the Medical School which will benefit patients in the Midlands and those coming from elsewhere.

“With the money from Government we are looking at expansion work which will involve the construction of new theatres, renal unit, High Dependence Unit (HDU), Intensive Care Unit (ICU) and extra wards among other notable infrastructure upgrade. We are going to have a completely new block to house theatres, Intensive Care unit, renal unit and some wards. The ICU we have now is small as it has only three beds hence the decision to build a big one,” he said.