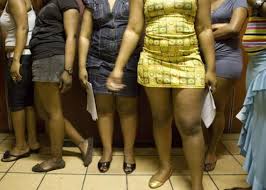 A Shurugwi thigh vendor was recently arraigned before the courts for severely assaulting her partner in prostitution, over a cash- flaunting customer.
Sheron Ngwenyama (19) appeared before Shurugwi resident Magistrate Sangster Tavengwa for contravening Section 89 (1) (a) of the Criminal Codification and Reform Act (Chapter 9:23).
Prosecuting, Mrs. Bertha Bore told the, court that, on June 12 2018 at around 3:00 am near Mzansi night club, Sheron Ngwenyama met Patience Chauke whom she started insulting accusing her of taking away her husband.
A heated argument ensued between the two, Ngwenyama took the argument to the next level when she struck Chauke with a beer bottle thrice on the head causing the complainant to collapse.
Soon after the dramatic incident police officers manning Mzansi Night club were notified of the fight leading to the arrest of Ngwenyama who stood clueless besides Chauke’s unconscious body.
Shurugwi Magistrate Sangster Tavengwa adjourned the case for sentencing on July 3 2018.