By Richard Shumba
Gweru City Council (GCC) is set to introduce water kiosks which are meant to ease water challenges in Mkoba, town planning and works committee chairperson Cllr Trust Chineni has said.
Ward 15 Cllr Chineni said the Town Planning and Works committee had been mandated by the GCC to make necessary preparations for the introduction of water kiosks in the city.

“Due to the shortage of water in the city, GCC has tasked the Town Planning and Works Committee to hold a special committee meeting to look at the issue of introducing water kiosks and such an initiative has proved to be a success in places like Norton where water kiosks are already functional,” he said.

He said that the water kiosks will see water being sold to residents at very affordable and cheap prices in the event that water problems persist.

“We do not intend to sell water so as to make profit but we intend to charge people for the upkeep of that borehole as they will be a chlorinator and a pump which will be pumping water into the water tank and all that has to be maintained so that residents continue to benefit from such services,” he said . 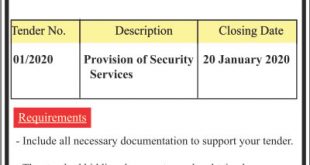