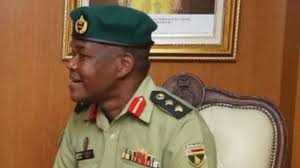 The late Defence Attaché to Malaysia Colonel Tamuka Shoko who died in that country last week after short illness was buried yesterday at the Midlands Provincial Heroes Acre in Gweru.
Scores of people, among them senior police officers, Government officials and politicians, thronged the provincial heroes’ acre to pay their last respects to the late Col Shoko (60) who was declared a liberation war hero.
Midlands Minister of State for Provincial Affairs Cde Owen Ncube said the late Col Shoko passed on in Malaysia where he was deployed as Defence Attaché on May 21 after a short illness.
“Allow me to express my heartfelt condolences to the Shoko Family in particular to the wife Mrs Shoko and Children on the tragic death of Colonel Tamuka Shoko,” he said.
Cde Ncube said Zimbabwe under the leadership of President Mnangagwa was poised for growth.
“On behalf of the Midlands community and my own behalf, allow me to express, my most sincere thanks and robust appreciation for the empirical successes by the new dispensation under the visionary, transformational and servant leadership by His Excellency the President and Commander-in-Chief of our Defence Forces Cde Emmerson Dambudzo Mnangagwa. This is a clear indication of his statesmanship and pragmatism as we move forward to transform the economy of our great nation,” he said.
Cde Ncube said since his inauguration President Mnangagwa has accomplished remarkable progress in achieving the vision and objectives to turnaround the economy to middle income status by year 2030.
“Over the past 5 months we have at various levels witnessed a transformational process from people who had lost hope to a team well-geared to support His Excellency in his noble commendable clarion call to transform and grow our economy,” said Cde Ncube.
Turning to the forthcoming harmonised elections, Cde Ncube said President Mnangagwa has pledged that the polls would be free, fair, credible, transparent and non-violent.
“In this regard, I urge you all to heed this call by promoting a conducive environment for the polls to be free and fair. Indeed, the voice of the people when they spoke through the ballot is the voice of God. Peace begins with me, peace begins with you and peace begins with all of us,” said Cde Ncube.
He said the late Col Shoko was born on the 24 June 1958 at Magini Village in Zvishavane and did his primary education at Mazvihwa Primary School and Secondary School education at Manama Secondary School.
The late Senior Officer then joined the War of Liberation Struggle in Zambia in January 1977.
He was part of the group of students that left Manama Secondary and crossed the border into Botswana to Francistown then Zambia.
He received his military training at Emagojine (CGT-1) where he became an instructor till independence. He was known by the name Cde Abednigo Mkululu during the struggle.
The late Col Shoko is survived by his wife Portia, five children namely: Abigail Sukoluhle, Auxilia, Anita, Arlington Tafadzwa and, three grandchildren.