Brothers up for robbery kidnaping, rape 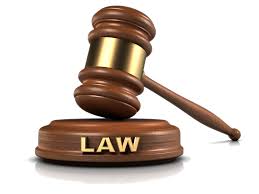 A 21-year-old woman was allegedly raped by two machete wielding brothers who took turns minutes after robbing her in-laws of a 50kg bag of maize, $250 cash and some valuables.
Stanford (28) and Misheck Sibanda (19) of Silobela appeared before Gweru Regional Magistrate Mr Morgan Nemadire facing charges of unlawful entry, assault, robbery, kidnap and rape.
They were not asked to plead and were remanded in custody to tomorrow.
It is the State’s case that on August 6 last year, Stanford and Misheck allegedly went to a homestead in Mupandawana Village under Chief Malisa in Silobela and broke into one of the houses using an axe.
They allegedly found the family sleeping.
The court heard that the two brothers allegedly went on to assault the occupants ordering the owner of the homestead to show them where she kept his money.
However the owner of the homestead allegedly resisted before they took turns to assault her.
Stanford and Misheck allegedly searched the house and found a 50kg bag of maize, a cell phone and a number of pairs of shoes and $250 cash.
The two brothers allegedly forced the family’s daughter –in-law to carry the 50kg sack on her head.
On the way Stanford allegedly ordered her to kiss an axe he was holding and she did due to fear.
He allegedly removed her clothes before ordering her to walk naked in front of them.
The duo allegedly forced the complainant to lie down and took turns to rape her while taking turns to keep guard.
The court heard that Stanford allegedly said he was not sexually satisfied before raping her once more before Misheck did the same after which they ordered her to go back to her homestead.
A report was made to the police leading to their arrest recently.
Mr Lloyd Mavhiza appeared for the State.