Back to sender’ prophet invades Gweru 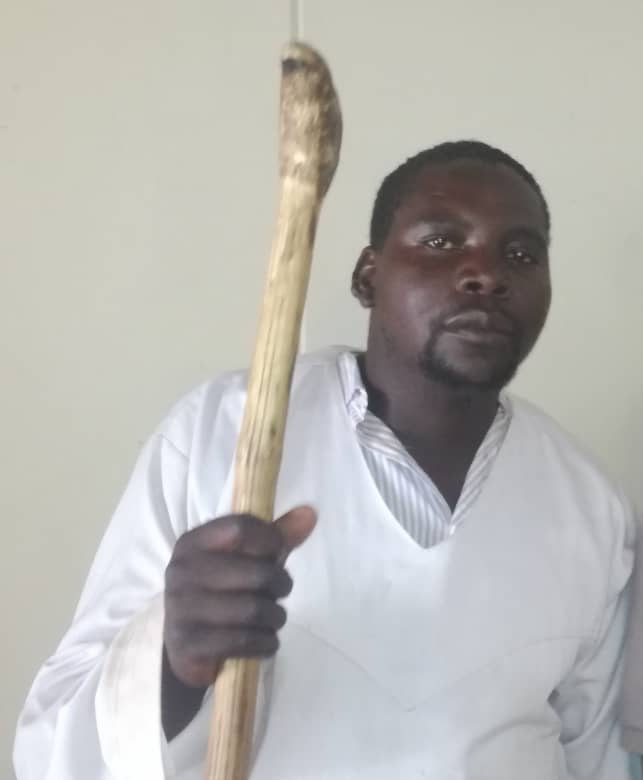 Madzibaba Learnmore Dombo (pictured) who is popularly known as the ‘back to sender’ prophet is causing a stir in Gweru’s Mkoba suburb with his astounding miracle powers of casting out evil spirits and healing the sick.

As early as 5am every Wednesday morning, thousands of residents seeking spiritual deliverance from one of the most celebrated self-proclaimed prophets in Zimbabwe, flock to the shrine along via Mambo road hoping to get a front seat during the service.

Some people travel from as far as Mberengwa, Gokwe, Lower Gweru, Chiredzi and South Africa to witness the anointing powers of the man of God and founder of the Domboremhirikidzano Apostolic Church.

Madzibaba Leanmore on Thursday morning made a surprise visit to The Sun newsroom to share his experience in Gweru and Zvishavane where he recently opened up branches of the church.
He told The Sun that he decided to open a branch of his church in Gweru after he realised that many residents were failing to come to Harare for assistance due to transport costs.
In 2001, he hogged the limelight for the better while still a student at Chihota primary School, he realised that he had a gift of prophecy and started preforming miracles on teachers besides nearby villagers who were hearing stories about his calling.

“I was born with the gift of prophecy and I performed my first miracle to a person who was not able to walk for 16 years and was healed. Unlike other prophets who use mermaid spirits to deceive people, I use the power of God, holy water and anointing oil.

I used to have healing powers only but started praying for powers to send back evil spirits to the original sender (back to sender), which has become popular among people,” he said.

Madzibaba Leanmore said most cases he comes across with in Gweru include women who are failing to conceive, people who want to boost their business, bring back lost lovers, mend broken marriages and sending back evil spirits.

No to illegal markets

By Martin Mawaya Police in the Midlands province has warned people against setting up illegal ...