The event which was attended by Dr. Rhuks Temitope Ako from the African Union Committee, Overberg District Deputy mayor, Moulana Shuab Appleby from the Muslim Judicial Council as well as councilors’ from the City of Cape Town under the theme “Silencing the Guns”, which celebrates Africa Day as a time to promote a culture of peace, unity, and harmony in the continent.

Chairman Man Hee Lee of Heavenly Culture, World Peace, Restoration of Light (HWPL), an International peace NGO affiliated with the UN ECOSOC and the UN DGC said: “The DPCW permeates the will of global citizens and asks for the global community to become one under peace with respect of mutual coexistence.

This Declaration advocates for everyone to cooperate towards building peace so that there maybe no more production of weapons as well as invasions of other countries. As the national leaders support the 10 articles and 38 clauses of the DPCW and religions harmonize for peace, the global community can take the road to peace,” he said. 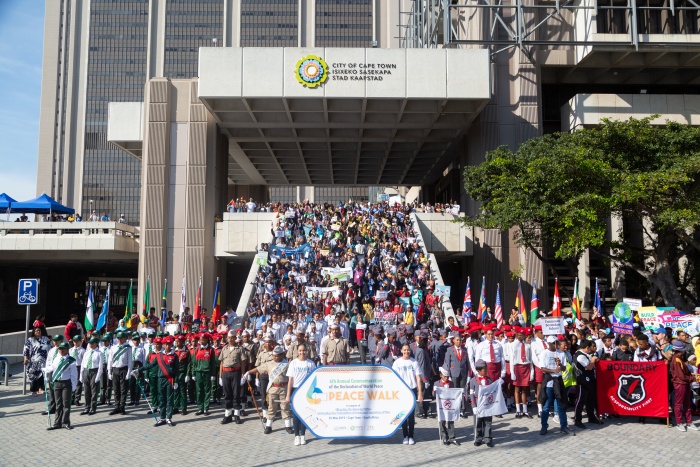 However, in an interview with Juliana Kanda, a representative of Holy Cross Primary School said the World Peace Day will promote peace and security in the world.

“Everywhere in Cape Town we just hear gunshots. People are dying because of rage and violence everywhere, so I believe if we want to be united, if we want to be safe, we need peace,” he said. 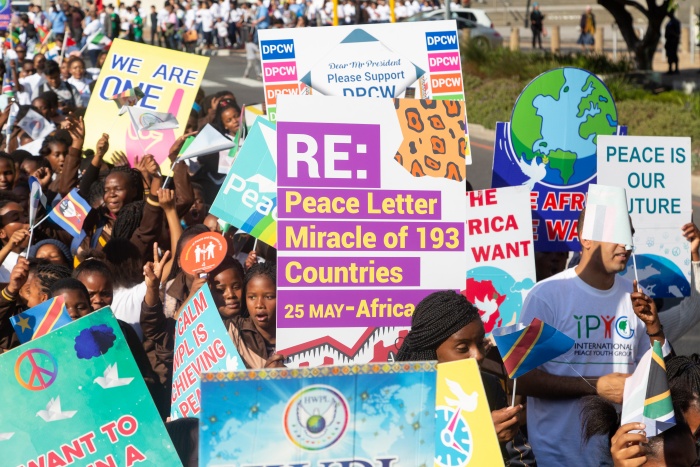 The peace walk was held by other 77 countries including Australia, China, Germany, India, Russia, the Philippines, and the United States of America.

The essence of the walk was to show the collective voice of the global citizens that are voluntarily carrying the message of peace into their various communities.

The Declaration of Peace and Cessation of War (DPCW), the legal instrument which was crafted from the values of the Declaration of World Peace, addresses principles of conflict resolution and international cooperation for peace building such as the respect on international law, peaceful dispute settlement and spreading a culture of peace. 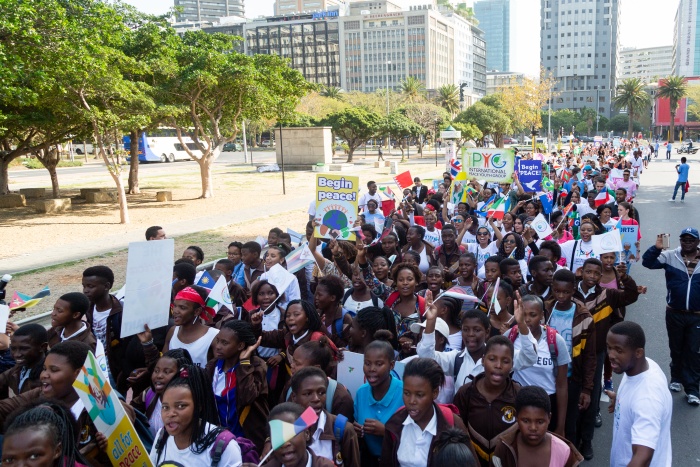 Over 700 school children represented their communities in Cape Town, highlighting the need for peace to remedy the high crime rates and violence.

In South Korea, where the declaration was proclaimed 6 years ago, more than 150,000 citizens gathered and took part in the “Peace Letter Campaign” to call for the support for the DPCW in order to develop it into a legally binding document. Up to date, approximately 1.3 million letters were written in 192 countries with expectations for responses from the heads of each state. 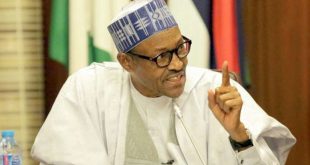