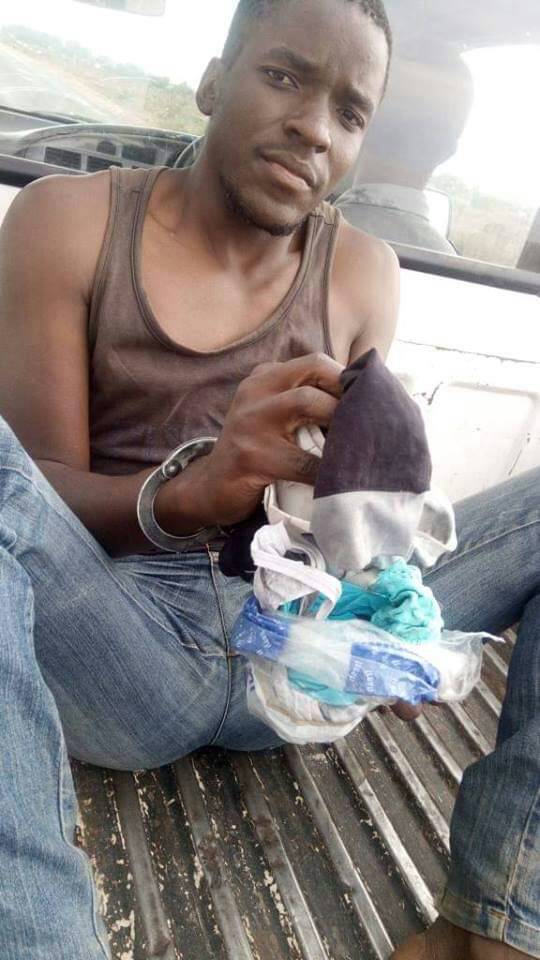 Prince Danda (21) residing at 1401 Nehosho, Gweru was sentenced by Magistrate Beauty Dube to 70 hours of community service at Senga Poly Clinic for theft as defined in section 113(1) of the Criminal Codification and Reform Act Chapter 9:23.

He told the magistrate that he did not expect his actions to get him into trouble, as he pleaded for leniency.

“I’m sorry, I must have been under the spell of an evil spirit,” he said.

Prosecuting the case Gracious Rongai, said on the 14th of October 2018 and at about 1230 hours when the complainant ‘Immaculate Tatenda Cigarette’ (21) was at her house, 1401 Nehosho, saw the accused person entering the gate.

Upon entering the gate the accused went straight to the back of the house where there was some clothes on the washing line.

It is said that, the accused then stole the complainant’s panties which was also on the washing line and put in his pocket.

On the way out the accused was asked by the complainant what he wanted and he replied that he was lost and went out of the yard.

When the complainant went to check on her clothes and she found that her panties had been stolen.

She then followed the accused and met some police officers on patrol and reported her case.

Together with other victim, Nokuthula Nkomo who had her grey panties stolen at 558 Nehosho followed the accused and found him at Nhemachena shops.

The search was done and the accused was found with his panties in his pocket.

The value of the stolen panties was $3.00 and all was recovered.