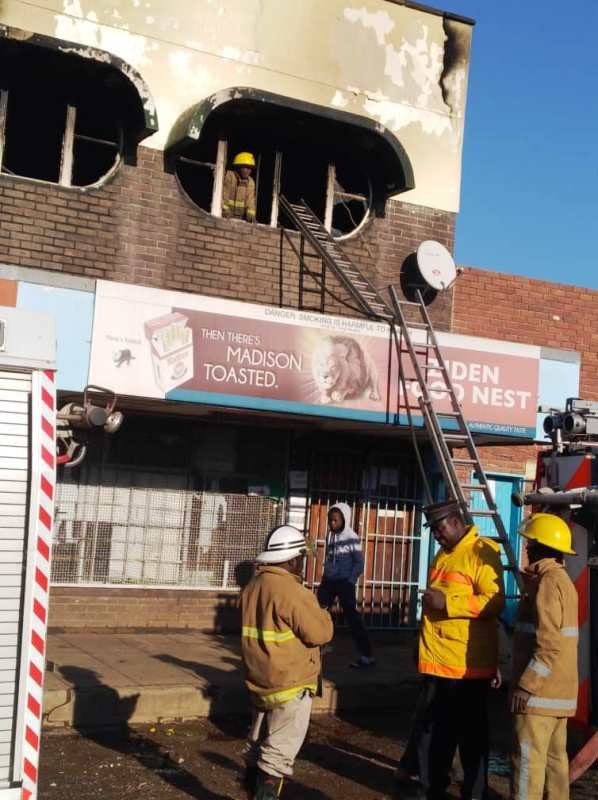 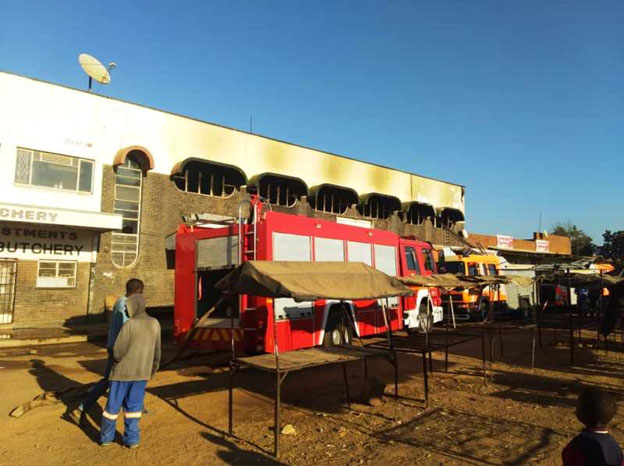 Property worth thousands of dollars was destroyed when fire gutted Power House night club popularly known as Takarangana late Tuesday evening.
The cause of the fire is not known yet.
Officials at the club said they lost property worth thousands of dollars, but were still to ascertain the actual value of the loss by yesterday afternoon.
Located at popular and busy Mkoba 6 shopping centre in Gweru, the property is said to have gone ablaze around 11PM.
When our crew visited the place around 7AM yesterday, a stench of burning wood and leather hung in the air. Members of the Gweru fire brigade led by Chief Fire Officer Mr Emmanuel Musemwawere still fighting pockets of fires in the 22 by 42 metres night club.
Mr Musemwa said they received an emergency call around 11:15PM on Tuesday and fought the fight until early Wednesday morning.
Unrecoverable fridges, speakers, furniture and even broken beer bottles lay around.
City of Gweru spokesperson Mr Gambiza confirmed the incident.
“There was a fire at the club on the night of August 28 2018. This involved an area of 22 by 42 metres. The fire brigade managed to extinguish the blaze though damage had already been done. No causalities. Cause not yet established,” said Mr Gambiza in written response to questions from this reporter.
Sources said scores of revelers managed to escape before the whole club caught on fire.
“There were a few revelers and ladies of the night in the club when it caught fire. So leaving the club which is on the first floor was easy and no one was injured,” said the source.
Officials at the club identified destroyed stock, fridges, pool tables, televisions, and PA system but had not yet worked out their total value.
Takarangana night club is one of the popular joints synonymous with live music. It has hosted many popular local artists among them Peter Moyo and year greats like Devera Ngwena Jazz Band, Nicholas Zakaria and Hohodza Marimba Band.